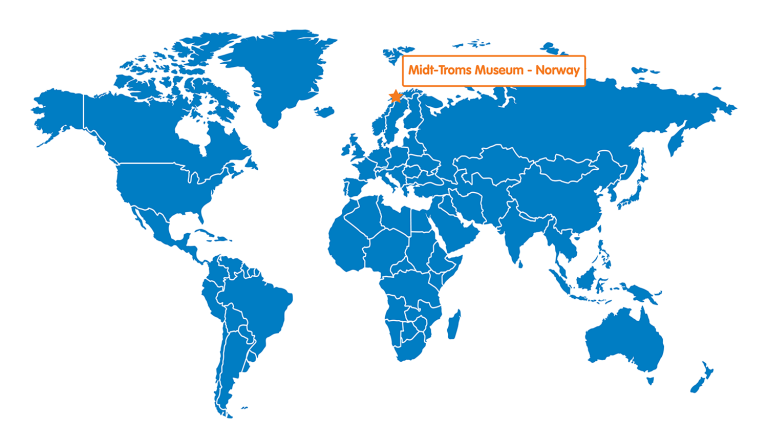 Where Are The Blue Blocks - Norway

Let's see how the Midt-Troms Museum in Norway uses their Blocks!

Our play partners at the Midt-Troms Museum in Norway, the land of the Midnight Sun and Northern Lights, love to incorporate Big Block play!

We spoke with Lisa Gay Bostwick, the museum’s Director, about their multiple locations and how they implement the Big Blue Blocks. The Midt-Troms Museum is comprised of five themed museums and sixteen open-air museums. This works well for them because children in Norway play outside year round, except when it gets exceptionally cold! Their play directors encourage supervised risk-taking and getting dirty, which they consider both to be vital and necessary aspects of play for a child’s development!

They initially heard about Imagination Playground at the Interactivity Conference in 2014 and bought their first set last year. They soon realized that the Blocks were so popular that just one set would not do, and they recently bought their second set of Big Blue Blocks! Lisa said that her favorite aspect of the Blocks is the opportunity for creative cooperative among the children and that they mostly use the Big Blue Blocks for outdoor play! 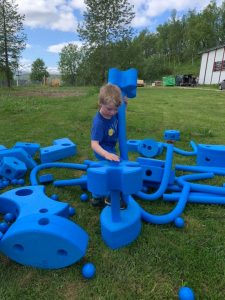 What is your organization’s name and where is it located?

Midt-Troms Museum, in the 6 counties of the region of Midt-Troms, about 2 hours south of the city of Tromsø, far north of the Arctic Circle, in the land of the Midnight Sun and Northern Lights.

Tell us a little bit about your organization!

Midt-Troms Museum is a consolidated museum serving 6 rural counties with a total population of 35 000. We manage 20 museums, five of which are themed museums and 16 of which are open-air museums or small local museums. We focus primarily are traditional crafts and children, as well as natural and cultural history.

Does your country use/implement loose-part play differently from other parts of the world?

Children in Norway are outside playing all year around, unless the temperature drops below -10 degrees C. Supervised risk-taking and getting dirty are considered normal and necessary for children´s development.

How long has your organization had Imagination Playground Blocks?

How did the organization initially fund the Blocks?

We are opening Norway´s first Children´s Museum “Midt-Troms in miniature” in the spring of 2021, but we think that ALL of Midt-Troms Museum is a children´s museum, so the Blue Blocks are part of that concept. In other words, they were purchased on the children´s museum budget.

How did the organization initially hear about Imagination Playground?

What are some examples of ways the organization uses the Blue Blocks?

Outside activities for children.

What is your children’s favorite aspect of using the Blue Blocks?

The opportunity for creative cooperation.

What would you tell another organization that was considering purchasing Imagination Playground Blocks?

Have enough of them – we just had to buy a second set!

Where are the Blue Blocks - Croatia 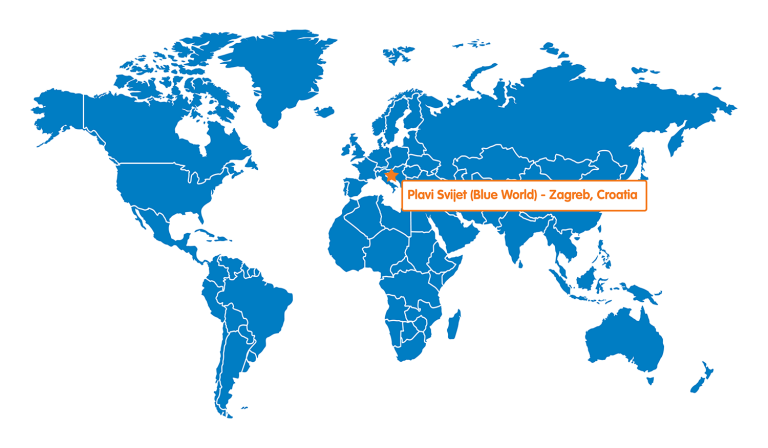 Our play partners at Plavi Svijet — translated to Blue World– is located in Croatia and had their grand opening this past weekend!  Blue World is a creative organization that’s foundation is based on loose-part, unstructured play, and they believe it is extremely important for the growth and development of every child.